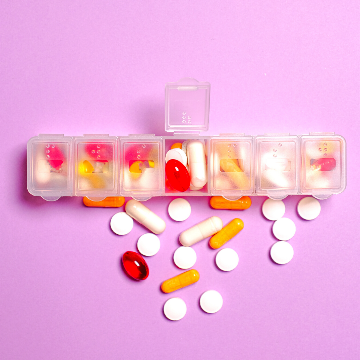 When it comes to pharmaceuticals, we put our trust in our doctors, our pharmacies, our drug manufacturers and our government agencies to ensure that the drugs we take are safe.

Unfortunately, for thousands of people across the country each year this trust is misplaced because of the tragic and sometimes fatal side effects from drugs that were improperly tested, poorly reviewed and aggressively and fraudulently marketed.

The national network of experienced attorneys available through injuryhelpdesk IS continuing to aggressively pursue compensation for victims of adverse reactions to over-the-counter and prescription drugs.

If you, or a loved one suffered serious side effects or if you lost someone to dangerous side effects from medications that lacked adequate warnings or were found to be defective please contact us and allow us to help you pursue all of your legal options.

It is important that you contact us at injuryhelpdesk immediately for a free case evaluation because there may be legal time limits involved in collecting the compensation you may be due.

“I took an FDA-approved drug and suffered serious side effects. Does that mean I am not eligible for pharmaceutical litigation?”

The Food and Drug Administration is the government agency that oversees medications and medical devices and approves them for use by health care professionals and patients in need of treatment for diseases and physical ailments.

It is also responsible for the safety regulation of most types of foods, dietary supplements, vaccines, biological medical products, radiation-emitting devices, veterinary products and cosmetics.

During its existence the agency has undergone scathing criticism from independent consumers advocates such as Consumer Reports that it is an ineffective guardian of the consumer.

A $1.8 million 2006 Institute of Medicine report about pharmaceutical regulation in the U.S. found major deficiencies in the FDA system for ensuring the safety of drugs on the American market. One of the major findings in the report was that there should be an increase in the regulatory powers, funding and independence of the FDA.

Consumer groups have consistently accused the FDA of being understaffed, lax in its oversight of drugs and overly influenced by the pressures of large pharmaceuticals to speed their products to the marketplace.

Several decades ago, a former head of the agency acidly criticized the FDA for being overly influenced by political interests fueled by lobbyists for large pharmaceutical companies anxious to increase their profits.

The fallout has been obvious due to thousands of pharmaceutical lawsuits filed by legal teams similar to the national network of attorneys available through injuryhelpdesk.

Many, many FDA-approved medications were later recalled and billions of dollars have been paid out in compensation to victims of life-threatening side effects of these medications.

Here’s a partial list of some of the most dangerous drugs that were recalled by the FDA after initially being deemed safe for the consumer:

The companies that manufactured these drugs and those that manufacture a significant portion of those found pharmacy shelves are pharmaceutical giants, generating billions of dollars in sales and dividends to shareholders.

Bayer, Merck and Johnson & Johnson are some of the most well-known who have been forced by pharmaceutical litigation to admit they marketed defective drugs and forced to pay out staggering amounts of damages to victims.

Here are a few of the areas of pharmaceutical litigation that attorneys through injuryhelpdesk are investigating:

Get a Free Case Evaluation

Contact us at 1 800 225 8944 send us an email, or fill out our contact form to speak with one of our experts and learn how we can help you increase your sales.